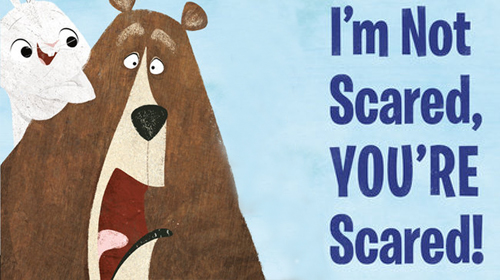 I'm Not Scared, YOU'RE Scared!
Read by:
Seth Meyers Sylvester and the Magic Pebble
Read by:
Reid Scott

As Fast As Words Could Fly
Read by:
Dulé Hill The Case of the Missing Carrot Cake
Read by:
Wanda Sykes From a Tony, Emmy, and Grammy Award winner comes an inspirational and heartwarming tale of a mother and
child, and the dreams they build together.
When Ebere’s mother puts her to bed at night, she always says, “Remember to dream, Ebere.” And dream, Ebere
does! Encouraged by her mother to make her dreams as big as possible, Ebere imagines herself as the captain
of a rocket ship with the ability to go anywhere in the universe.
A message of hope and possibility, award-winning star of stage and screen Cynthia Erivo’s debut picture book
is an ode to a child’s imagination, a parent’s love, and the big dreams shared by both.